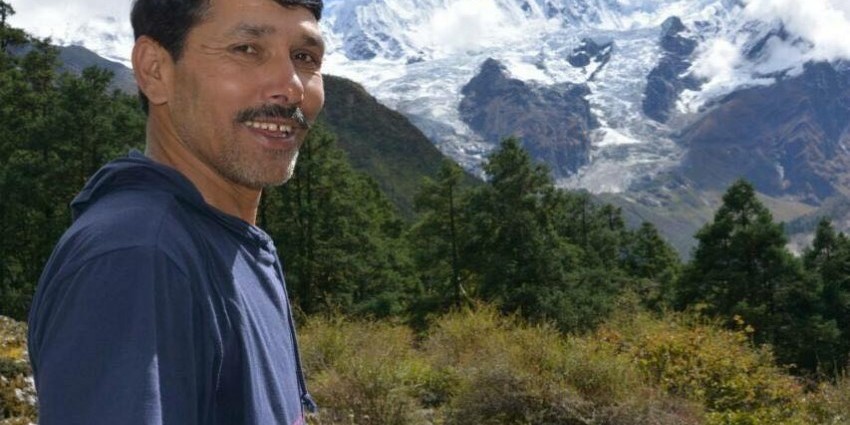 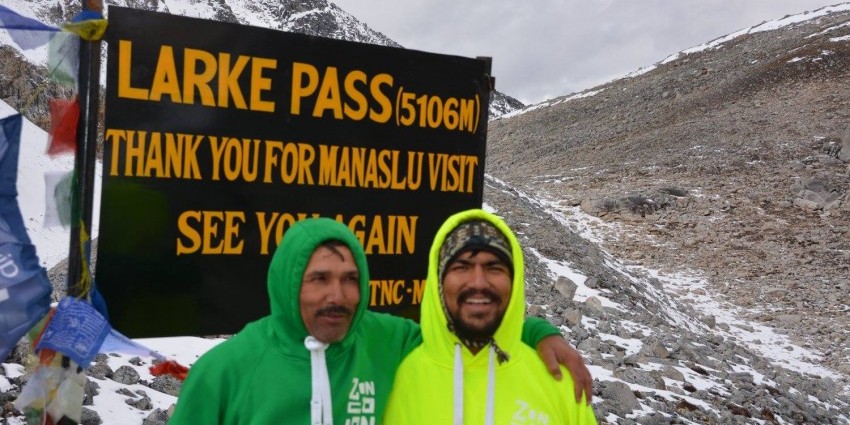 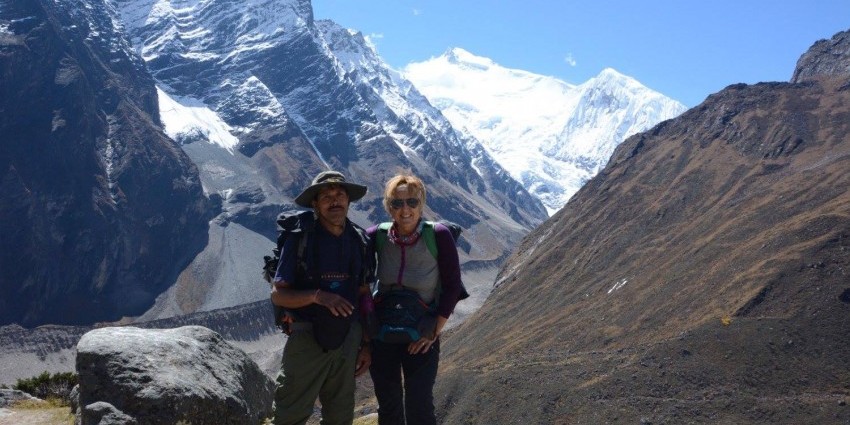 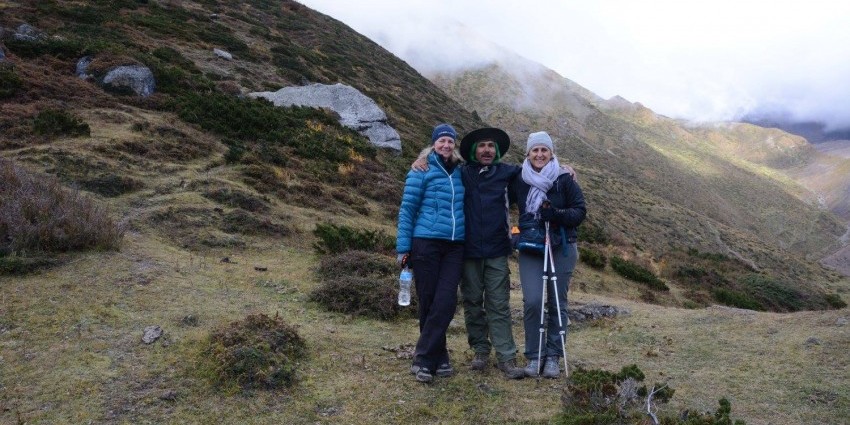 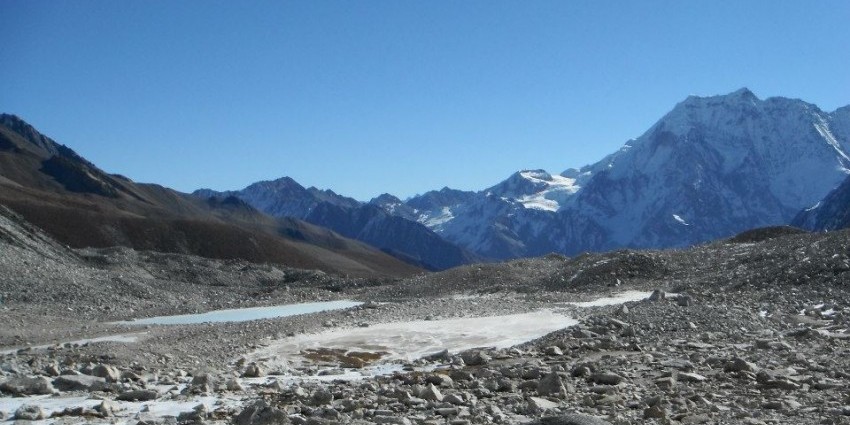 There are some rare places for fully entertaining and enjoying the adventurous trip and feel the heavenly stay on this part of the destination during the holiday trip of any one is Bhimtang which lies on the center part of Himalaya ranges west of mt. Manaslu. Bhimtang is truly a piece of heaven offering a range of recreational and adventurous activities. Those wishing for a quiet and 'off the beaten path' style of hikes in Nepal this can be the perfect undertaking. Bhimtang is the place on the bowled shaped land escape in the east of Manang in Tilje VDC. It is situate in the altitude over 3700mts from sea level and it has kind of bowl sized cozy landscape surrounded by Manaslu, Churen, Larke pass, Ponkar , Hindu and Himlung, Manasiri and other beautiful black and green mountain and many hillocks .

Upon the completion of Manaslu trip and crossing of Larke Pass before continuing onto Dharapani to the canyon of Dudhkhola, one can then feel the true amazement of Mother Nature with mesmerizing views to take in Heaven.Only very few places are like that where people can feel and heavenly experience during their journey - Bhimtang abounds plentiful for all.During one of our trips to Bhimtang we truly felt like as if we were inside the bowl of heaven.

as we headed to meet the Lathrop family consisting of Amy , Braxton , Coalter Lathrop and Henry Lathrop ( I had met them in Langtang bird watching trek with David )went to the Manaslu circuit , larked pass trekking of 17thday’s. Whether we got bus to Gorkha off, the big snow ball were fallen , we stocked on the way go to accommodate .Banged with big ball on head or some parts of body it gave me shock; felt like we could not get the hotel. The evening was really clicking my past day’s life of child hood during the haling and whole crops destroyed and washed way all terraces of field out and flew wreckages of roof. Next morning we took bus ride on from Gorkha to Arughat, packed up even on the top of the bus with local dawn rider. Smell of the village or the stinky sweat was challenging our nostril to control and the noise from the packed from the chicken and bus rider’s as murmur was buzzing. The day was of Chaite Dashain so there was not any good transportation to Soti khola, after two hrs waiting we took so called reserved truck but it was not like we thought. Passengers were coming one by one as in local schedule trip.

The day started for walking along the rocky and carved trail to khorla bensi via Liding, khursanibari, Lapu bensi, Nauli khola and Machchha khola and khorla bensi after setting the stay in khorla bensi, we deserved with stream bath in to the khola.Before breakfast, we stretched for while doing some yoga and breathing exercise and create vibration in brain and subtle body with the awareness of natural yoga methodology. Proceeding toward Phillim by walking a long days. We Entered into MCAP from Jagat checkpoint. there was a permit issued by home ministry as “GRATIS “ for one boy Braxton , the clerk accorded that the permit was sown first time there in that check post. Braxton had getting stumbling due to long day walk. Father Lathrop wanted to help him but he was so self confident to carry his bag pack. If he got someone to carry he used to feel baby (he thought he is already matured and strong). While father carried his bag, Braxton got very bitterly red and cried till he got bag back from father .rich to Phillim around quarter past seven and stayed overnight. I remember so line from “Uppallo Thalo“ , where Mohan Mainali has mentioned the story about the value of coriander and people’s thinking of smell and knowledge from that Budi Gandaki valley. but we enjoyed the ACHAR .

The day forth had to head toward Tsum valley had only four nights so as possible as far we had to go Chumling. From the point of diverse towards Manaslu and Tsum , we headed to right diversion toward Tsum crossed the vertical rock trail carved with liver and hammer by local hands. Ascended towards Chumling by crossing many beautiful rain forest and birds , somewhere had to close eyes looking down was so scary and narrow scratched on rock to stock one step foot. Found very basic and primitively stone walled provisional shop but used as guest house as for tourist who don’t have their own camping stuff and crews with them. It is very similar to the Tibetan inhabitant, cultural and life style.Next morning a lady appeared there, what I thought there are people still 100 years back even close to Gorkha’s civilians which is the same landscaped and they live in same topographical plate . Commencing to ward Chhekampar sounded very bold and exciting in hummer to get there. Village was quite good and exposing the plain land towards east plate of Himalayan ranges of Tibet and south to Ganesh himal north to Shringa Himal or Tibetan plate.

Tsum means verities in color of nature and inhabitants and variable features with in small areas. So the people from this land used to called “Tsumba “ or “ sharpa “themselves as the unique identification of whole inhabitants and got birth in that sharp land . There are only two dupkyagukpa shrines mu gumba for male and rachen gumpa for nuns, which indicate the trinity of that landscape in sharpa endemic land. According to tenzing sharpa (lama the manager of those monasteries) monasteries are managed under the supervision and support of kapan Monastery in Kathmandu, the main kagyukpa tradition of Tibetan Mahayana Buddhism. Staying made us to feel some spiritual gained. We spent one extra night there in Rachen gumpa , was we had gained below in tropical trail. We escorted down by jerking towards Manaslu valley. Ascending was cloudy rainy but while we reaches to Chhekampar it was open and clear sky with royal dark blue. Getting hot and hunger after long day’s downhill eat Dalbhat most of the time and it didn’t customized my system for most of the time before completion the pass perhaps four of my guest might have same problem but they did not express out.

We reached to diversion point of Tsum and Manaslu then we headed toward throughout the Budigandki canyon. We headed through Deng, Bihi phedi, ghap and Namrung up to Lihi. While we had to cross the Namrung check post raised misunderstanding in the issue of indent cards or license of trekking guide to carry with. The relevant issue was for pocketing or soaking money without giving right pre information it was the wrong step of the stakeholders. I was being tried on that issue but I did not hand them bribery but I gave some terrible experience to my clients. Amy tried to convince me in positive way that was so awesome. Amy and Coalter gave me sympathy in positive way, was awesome so I could not be silent without giving thanks to them.Consequence gave me lesson not to be care les in major issue or profiles or identical documents on behalf of own self. I like to remind to prospective to be prepared with every accessories and necessaries. And don’t influence to related stakeholder to involve in that kind of blackmailing with wrong attitude.

There were  some activities for acclimatization of altitude and climb by glacier of Manaslu glacier was so massif and majestic experiences of the high spirit shrine of Pungen and its surrounding in horizon.There were some extra days for that valley up to Dharmasala and Larke phedi to be prepared for Larke pas for completion of revolving the killer mountain zone. That itself was the exclusive paradise for all hunger of heavenly zone. we thought that there wouldn’t be any problem after following the process of acclimatization but the last night in dharmasala the idol boy Braxton got some problem In his stomach and got some fever, cramp and vomiting that made me to get nervousness but it was not reason of altitude sickness. It was reason in kind food. I apply some reiki healing, psychological methodology. Later on I heard from Amy he was recovering. That made me to scream with happiness. It was happening in the last attempting point of the Larke pass for optimum mission of exclusive achievement in Braxton, Henry and Coalter‘s PR. Either it was new experiences to amy and to us as well.

Early in the morning at four o’clock of 2nd may, everyone was being ready to escort toward 5200 meters to cross over the last attempt to achieve the heavenly and paradise stay in Bhimatang. Eventually within three and half hours we passed over the Larke with full of enthusiasm. With glancing beautiful massif Pangbochen, Hindu, Ponker, Himlung and Larke peak with very colorful Ariel of light and cloud in the blue sky. I greet to the boys and their parents inside the heart and just lifted boys with fully proud. With some attention along the rocky and crumbling trail we descended down ward to Bhimtang. Whether we reached t, calculated roughly the time we took. I told it was almost 9 hrs. As saw in the watch of ponker guest house I puzzled there. There was only 12 noon. There was some error in my watch actually we had taken 7 hrs from Dharmasala. I thought while the thing had to change the settlement , or era or time and the world we forget the actual myths of existences rather my watch had forgotten to correct the time like every statistics. We got the piece of heaven Bhimatang after very vital completion in cultivation in our trekking karma. We forgot all hardship moment of our journey.

Everybody was happy after safe journey and went to astral travel in dream of next day. As the morning shown its magical form everyone got freshness in feeling and new experiences of the journey in that land. Everybody took longer lingering to get sun bath chilling with beauty of the meadow and landscape than generally had spent to other places. Things:  mountain, soil, rocks, the glaciers, icefall , colorful flowers, trees ,the rivers and many beautiful birds  were hypnotizing  to everyone and telling, are you going down by leaving us? Sounded they were falling on love on with every trekker, and telling “you are always welcome and I can grab you, hug you here all the time however you can stay with me and my world”. But by playing for moment with heart we left that magic land saying good bye Bhimtang and Manaslu where the heaven was falling on the earth.

Login with FB to write a Blog