Between the Everest and Langtang regions is the Rolwaling Valley. This is the home of the famous Mount Gaurishanker (7134m). A few miles south of the Tibetan border, it is known as one of the seven hidden valleys in the Himalayas. Many exciting views can be observed while trekking to Rolwaling.

This is a wild and barely explored district where legendary tales of the abominable snowman, known as the Yeti, haunt the imagination of climbers. On the slope of Rolwaling Peak itself, the famous British mountaineer, Eric Shipton, first photographed Yeti footprints in 1951.

The Tashi Lapcha Trekking is a combination of both trekking to Rolwaling and Everest trekk... 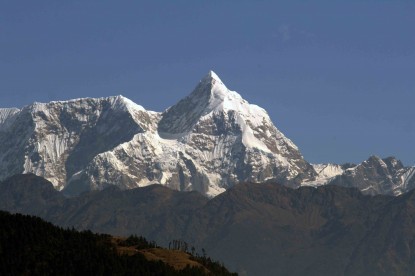 The Numbur Cheese Circuit Trekking has been introduced as a new trekking Himalayas destina...