As most of the trekking in Langtang entirely takes place below 4000m, the trekking trail is suitable for trekkers of all ages and under any physical condition. There are comfortable lodges, guesthouses, and homestay available along the route.

Langtang Valley Trek is one of the most popular treks famous for its snowcapped peaks, pine and rhododendron forest, mountain stream, and meadows. Located just 122km north of Kathmandu in Rasuwa district, Langtang trek is also known as glaciers trek and is comparatively less crowded than others.

Kyangjing Gompa affords breathtaking views of Langtang Ri and Yala peak and with a possibility of a day hike from here to explore Langshisa Kharka (4285m) and Langtang Glacier (4800m). You also have the opportunity to climb Tshergo Ri without the need to pay the royalty. The trail entirely passes through Langtang National Park, which is home to such endangered species as Red Panda, Snow Leopard, and Himalayan Black Bear. The forest combines a mix of pine, oaks and rhododendron species.

The Langtang Valley trekking trail is suitable for trekkers of all ages and under any physical condition. There are comfortable lodges along the route. 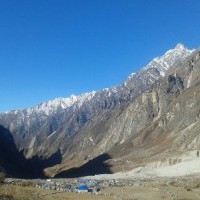 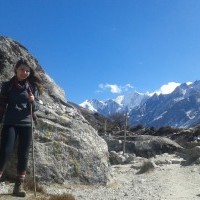 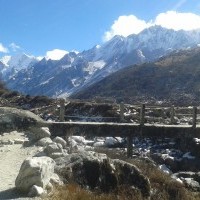